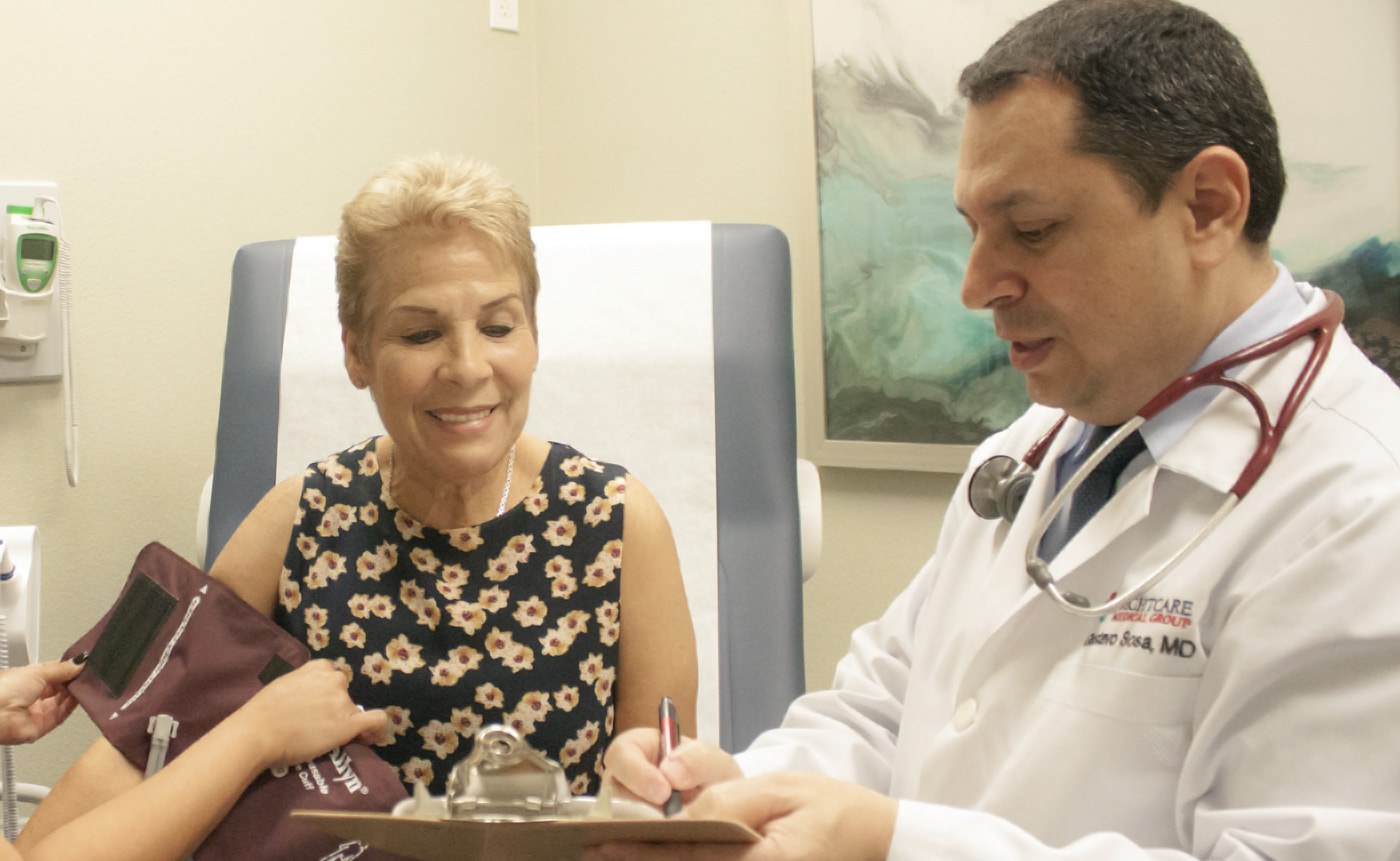 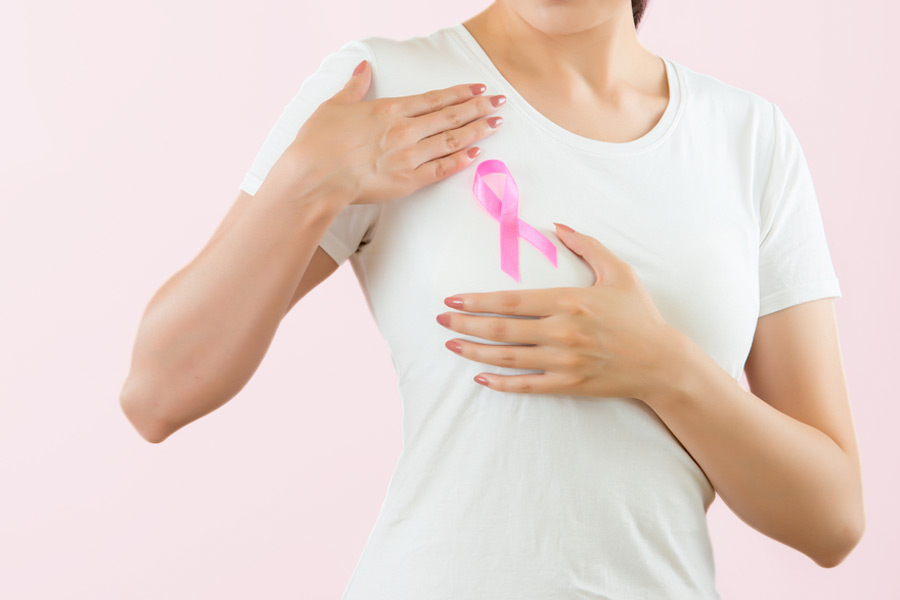 The month of October is Breast Cancer Awareness Month, and we at Bright Care Medical Group are paying close attention to this particular illness that greatly affects our patients of all genders. Breast cancer is one of the most common diagnosed cancers, which occurs when breast cells begin to grow abnormally and divide faster than normal, causing lumps of metastasized cells that travel through the lymph nodes and other parts of the body.
Read More 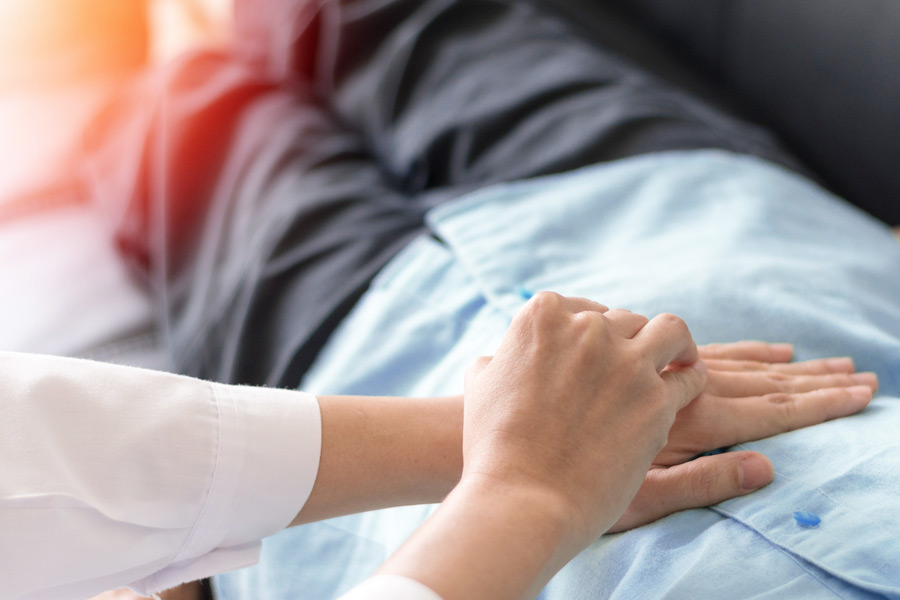 What Are the Symptoms of Gastroparesis?

Gastrointestinal infections and diseases affect people every day, and it’s part of the mission at Bright Care Medical Group to protect the health of our patients at every step of the way. Understanding each illness and how to manage or prevent it is necessary to lead a healthy life, and we work tirelessly to teach our patients about how these conditions affect their bodies. 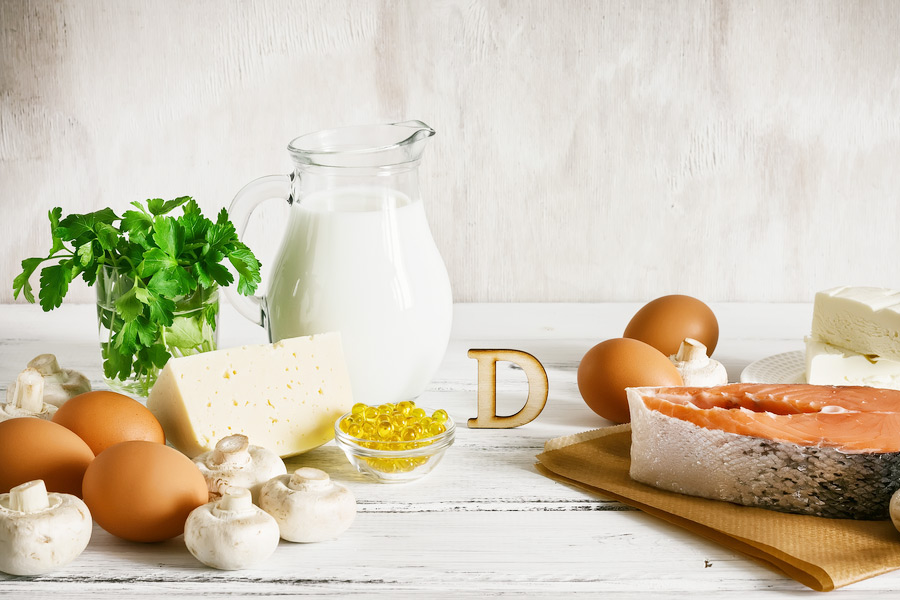 Vitamins are an essential part of the body in every way, as they are needed for proper regular function as an important nutrient the body needs. They are always recommended as an important supplement for diets, providing people with a boost for their daily lives while also improving their bodies in the long run. There are many different types of vitamins, each one playing different roles within the body and addressing different needs, and sometimes they can even have different effects in each person. 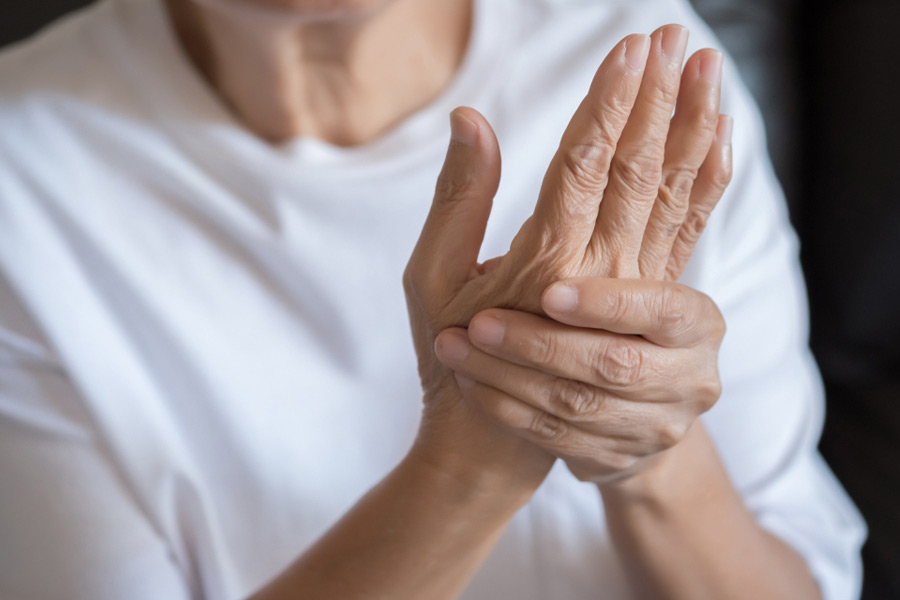 6 Ways to Prevent and Treat Arthritis

Arthritis is a common disorder that refers to joint pain or joint disease, causing pain, stiffness, or inflammation due to swelling or breakdown of a person’s joints within the body. This makes it harder for the person to move their body due to the joints becoming stiff, often targeting hands, feet, hips, knees, and the lower back area. This results in a decreased range of motion along with other symptoms such as redness, swelling, and pain. 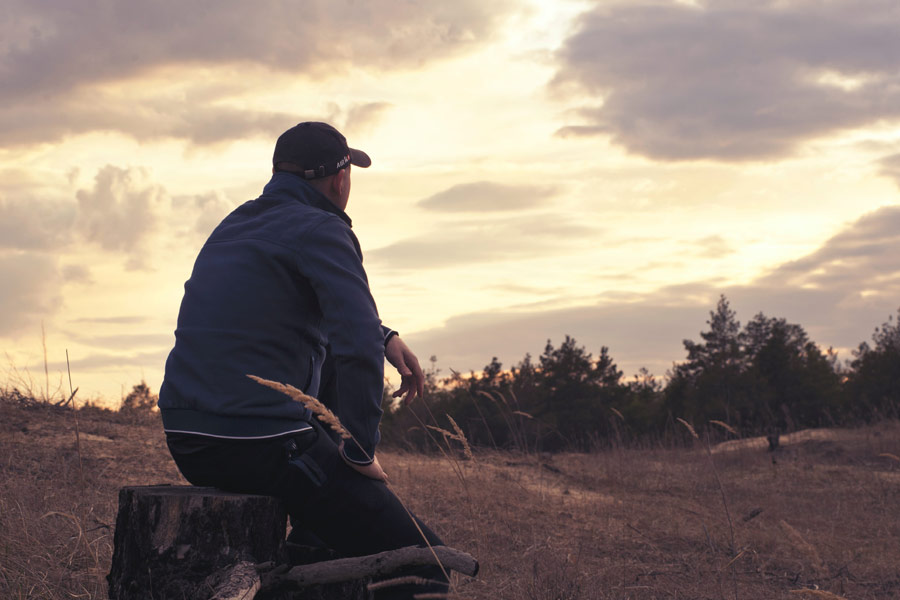 As we reach the end of Mental Health Awareness Month, it is important to emphasize the impact that mental health has on the body. Much of daily life relies heavily on the state of mental health of a person, which affects how people make choices, relate to others, and how the body handles stress. Mental health is a crucial component of a person’s overall well-being that encompasses emotional, psychological, and social aspects of life, and it influences behavior and critical thinking on a short-term and long-term basis. 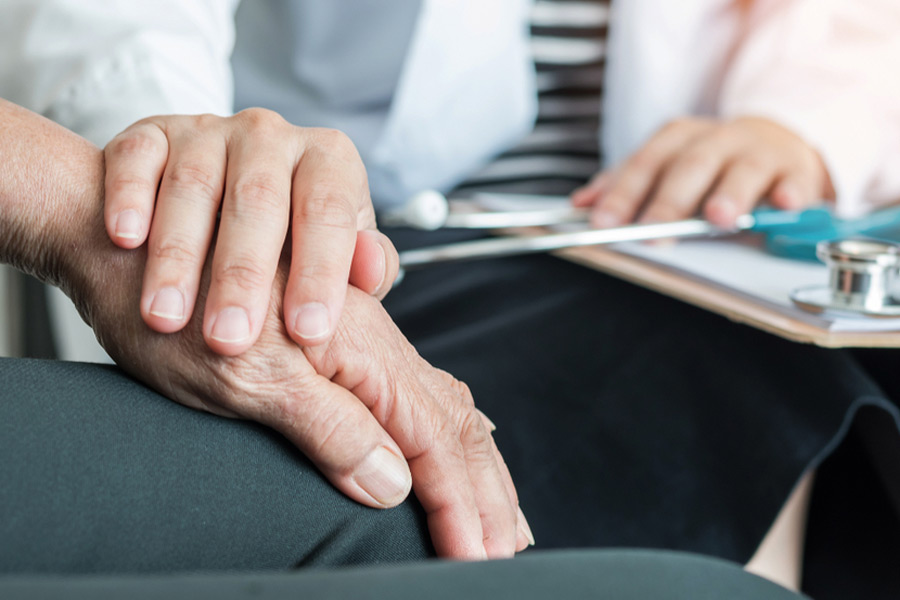 Parkinson’s disease is a progressive and degenerative brain disorder that impairs movement and affects other basic motor functions, with symptoms starting gradually before getting worse over time, causing difficulties in certain activities. Walking, eating, talking, writing, and sleeping are some of the functions that are affected the most; however, the disease is also capable of causing mental and behavioral changes such as fatigue, depression, and memory problems. The onset of Parkinson’s disease happens at around age 60, which is a major risk factor along with heredity and toxin exposure, and it can sometimes develop at early-onset due to inheritance or specific gene mutations. 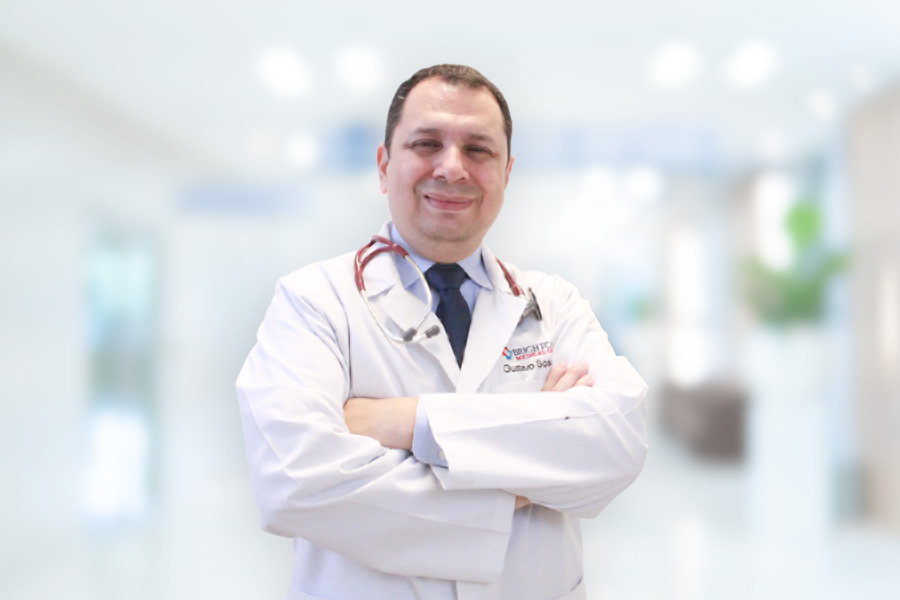 With a passion of promoting health and putting the patient’s safety at the forefront of our practice, Bright Care Medical Group is a primary care medical practice that specializes in a variety of services and care management, with patients and their health as our utmost priority in providing essential and comprehensive care. Our focus is on providing and delivering the most outstanding and compassionate health care service possible for patients of all ages, and we seek to create a positive and enriching relationship with our patients by delivering the highest quality medical care possible 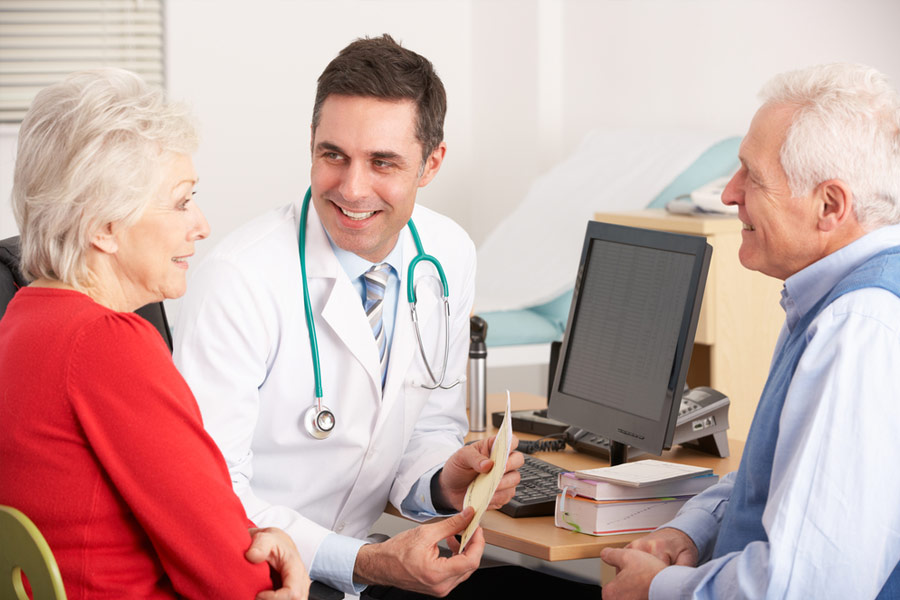 The Importance of Prevention in Health

When it comes to focusing on the regular daily life of a person, a topic that resurges in medical conversations is that of prevention. This refers to preventing the occurrence of diseases, infections, or conditions that the human body can contract, which can in turn develop into more serious conditions. As a result, it is important to learn the value of prevention in health and medical perspectives to understand how to develop better lifestyles and maintain healthy bodies. 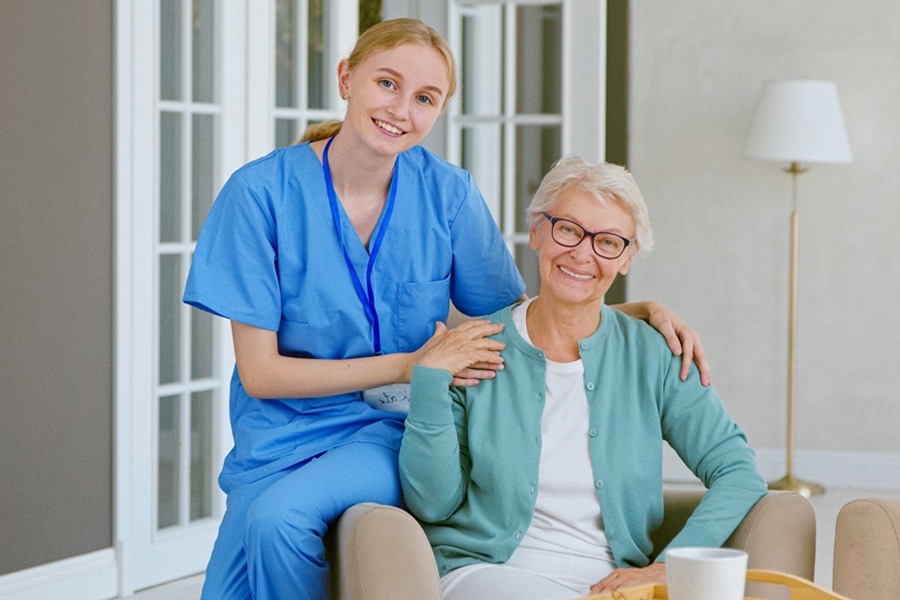 The Importance of Geriatric Care

In recent years, due to climate change, changes in eating habits and the pandemic, the demand for medical services and special care for the elderly has increased. And it’s because of this that Bright Care Medical Group has specialized in Geriatric Medicine, to offer our patients high quality care that allows them to enjoy comprehensive health. 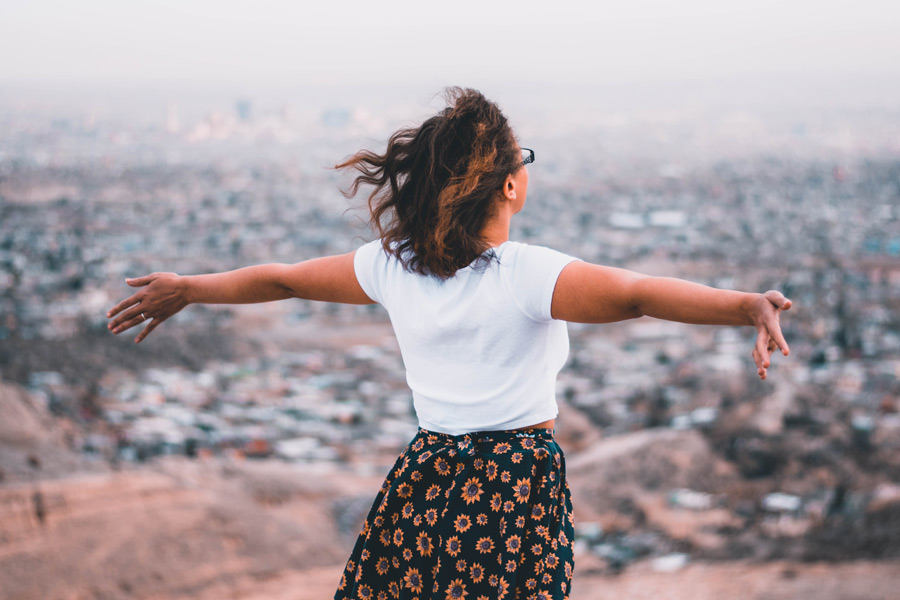 At Bright Care Medical Group, we care about our patients being able to enjoy wellness and to feel healthy on a daily basis. Stress can generate or worsen at least 80% of diseases, so it is our responsibility to control it.

It should be noted that stress is not all bad, in some cases it helps us to take action on the things we need to do, to meet our goals and to stay alert to any situation. However, it is the excess of stress that can be detrimental to your health. 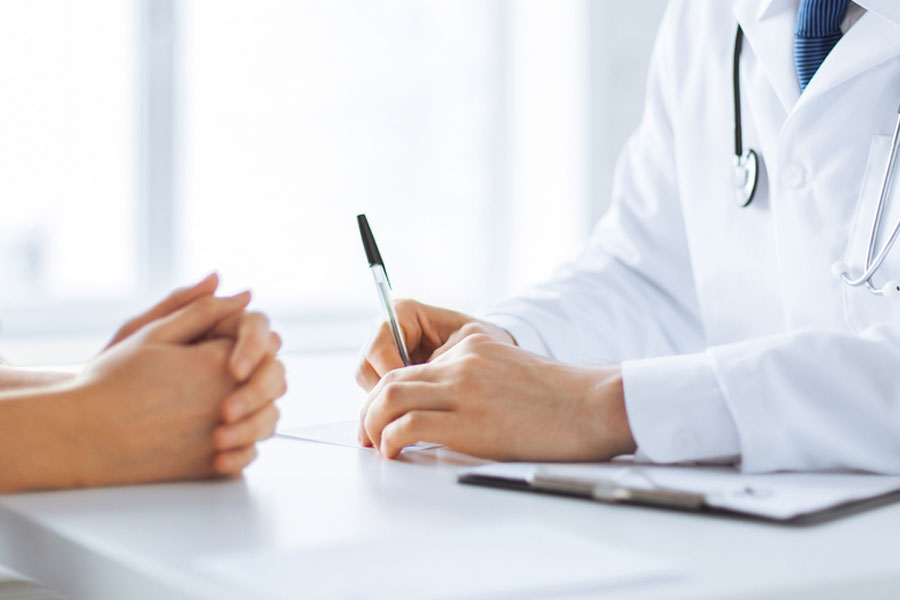 Welcome to the best practice in Clermont.

We want to tell you that at Bright Care Medical Group we are excited to welcome new patients in the next Open Enrollment, and that’s why we want you to know all the benefits you will have by being part of our family. 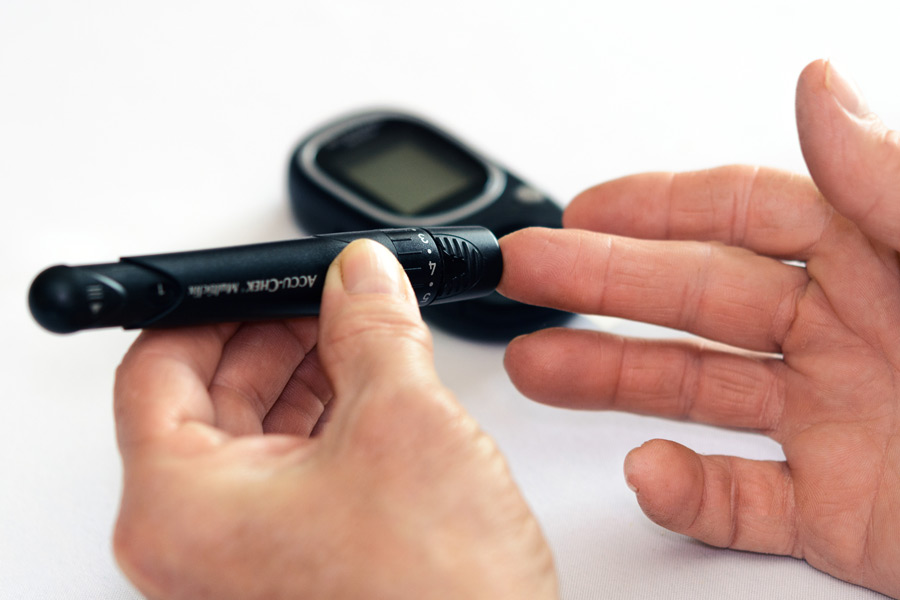 The importance of laboratory tests

Our priority at Bright Care is to keep our patients healthy so they can enjoy a healthy and peaceful life, and that’s why we use laboratory tests. They allow us to analyze how the body is functioning, identify diseases before they present symptoms to be able to act in time, detect abnormalities and obtain detailed information to prescribe treatments, among others. 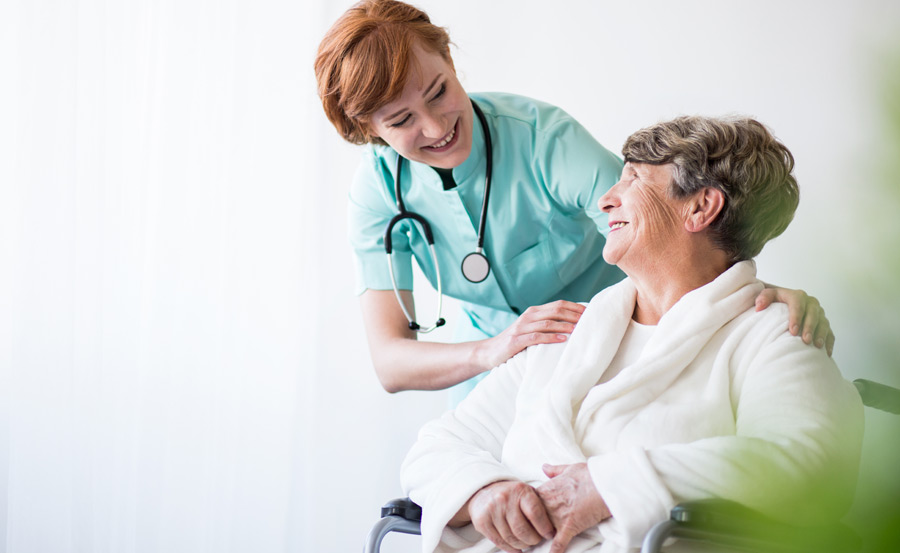 At Bright Care, we care about informing our patients about medical issues that are of interest to them, so we want to share the benefits of Geriatric Care with you, a service available at our practice.

According to the United Nations (UN), approximately 37% of Americans suffer from diseases such as cancer, diabetes, or brain disease, which are caused by unbalanced and/or unhealthy diets on a daily basis. 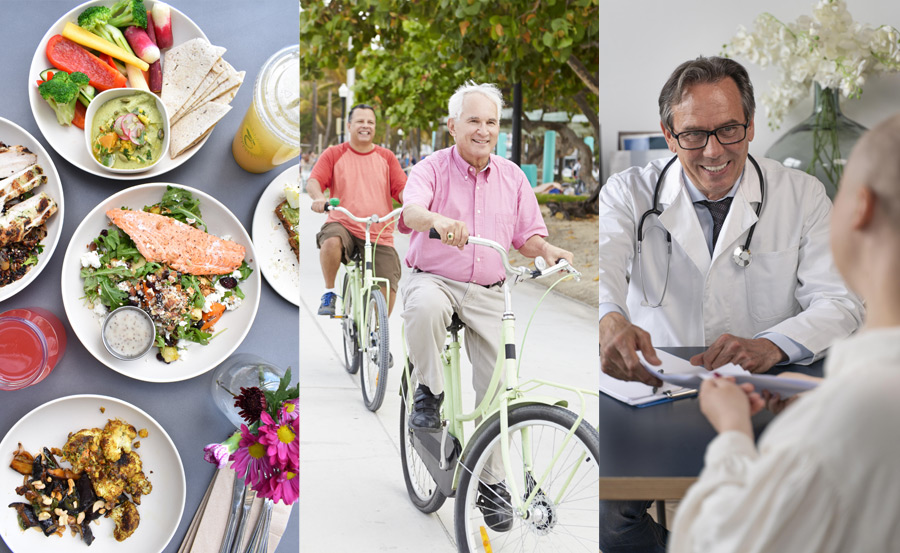 At Bright Care, we are committed to the care of our patients and we want to recommend some tips for you to lead a healthier life.

According to the United Nations (UN), approximately 37% of Americans suffer from diseases such as cancer, diabetes, or brain disease, which are caused by unbalanced and/or unhealthy diets on a daily basis. 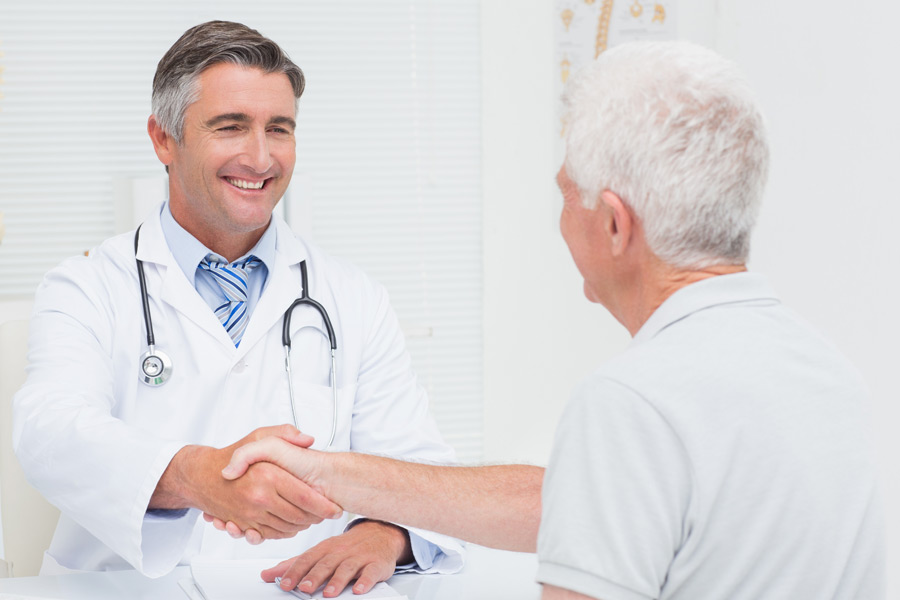 How should I communicate with my provider?

For Bright Care Medical Group it is important that their patients come to appointments with complete confidence and feel a connection with Dr. Gustavo Sosa and his team. We understand that it is difficult to know how to communicate with doctors. Sometimes, in medical appointments, we can get into a state of nervousness where we don’t ask questions or we don’t know all the medical terms our provider is using. 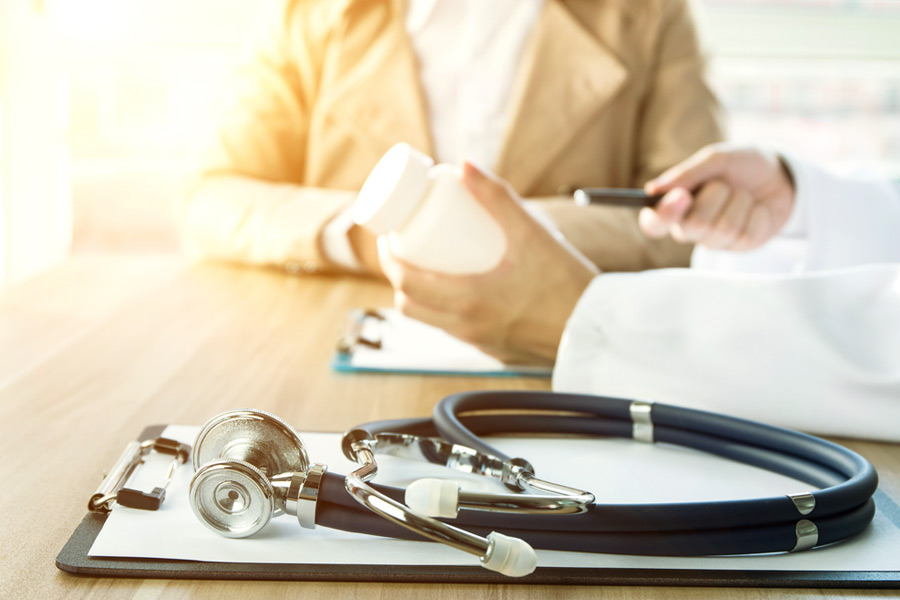 Why Should I Have a Primary Care Doctor?

A Provider can play a very important role in the life, health and peace of mind of their patients. It is not easy for anyone to feel pain or discomfort and not know where to go or not feel confident to tell others. Nowadays, with all the exposure we have to information, it is difficult to differentiate what is true or false. For this reason, it is better to choose a doctor who will find real solutions and processes to your symptoms. 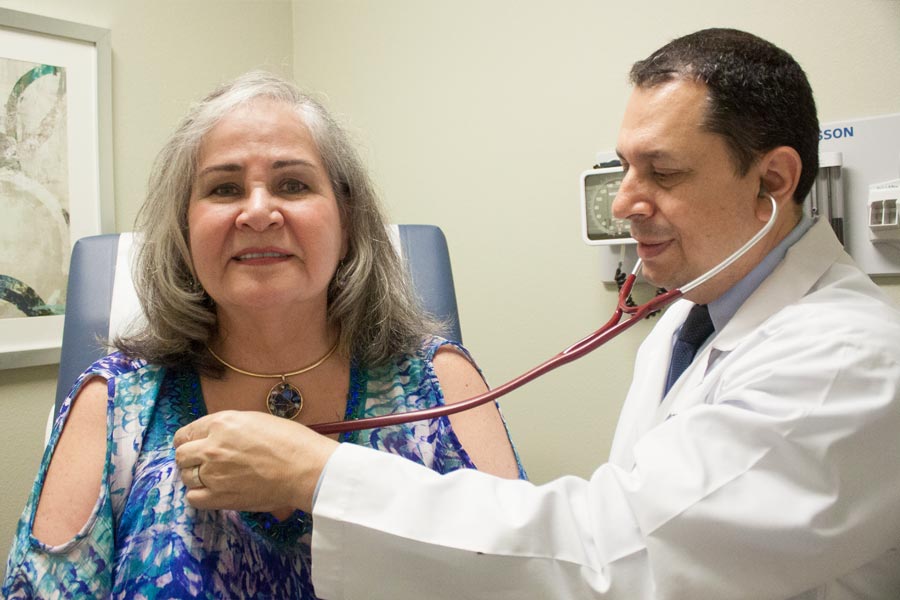 The value of disease prevention

The wellness of a healthy life depends on several factors. Sometimes there are hereditary components that are not modifiable, they can only be controlled, but most risk factors can be prevented by adopting a healthy lifestyle. Chronic non-communicable diseases are responsible for 63% of annual deaths worldwide. 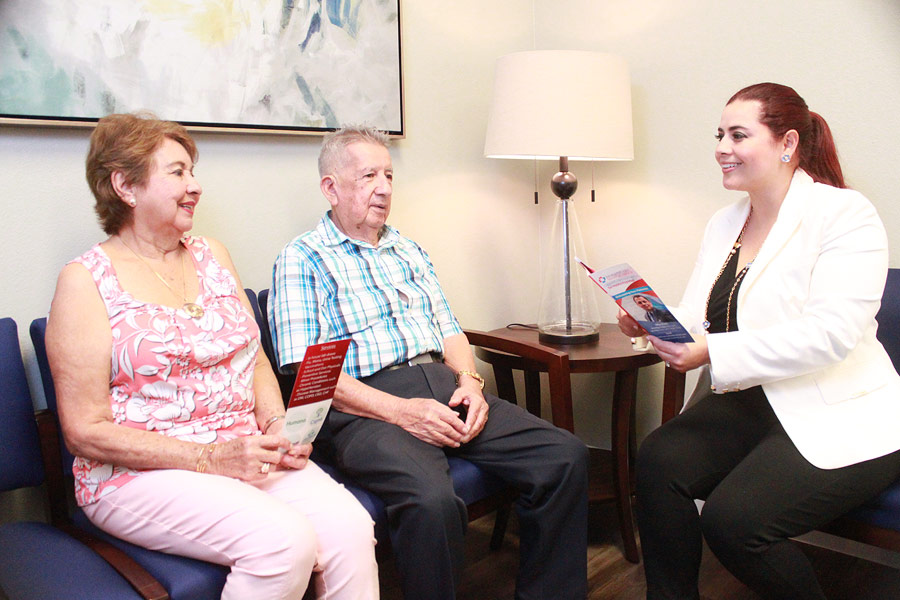 The importance of choosing your doctor during the open enrollment period

2021 open enrollment is here! It is time to secure coverage for 2021, and also ensure that your favorite doctors will continue to be covered by your health insurer. You have until Tuesday, December 15, 2020, to enroll, renew or change your 2021 Marketplace health coverage that will start January 1, 2021. 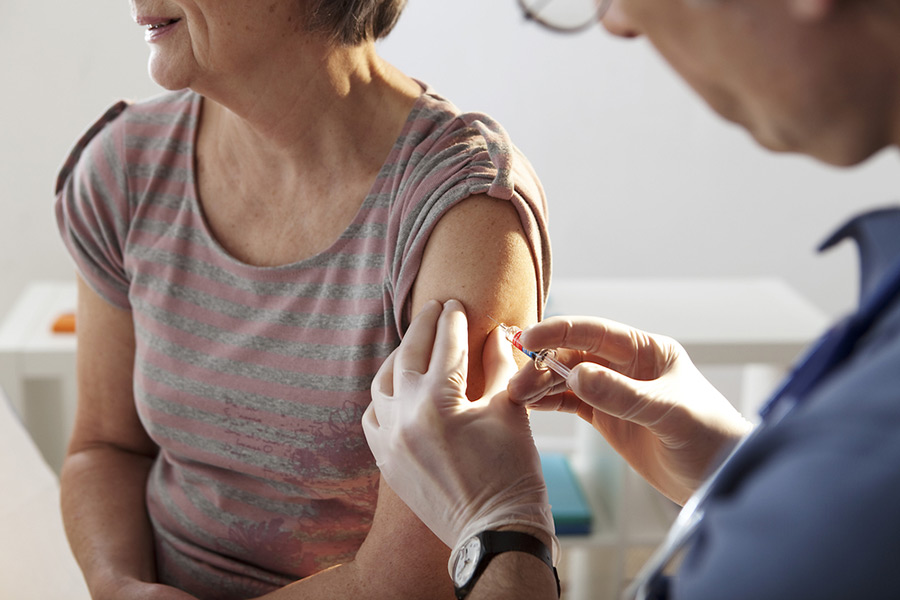 Protect yourself against the FLU!

This 2020 has been a challenging year but has given us a lot of lessons as well. It has shown us to look at our lives from a different perspective. One of the biggest lessons we learned is that a virus can easily and rapidly spread in a community when there are no vaccines available to stop it’s spread.

HOME │ ABOUT US │ OUR SERVICES │ CONTACT